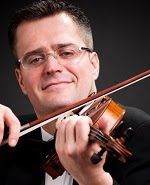 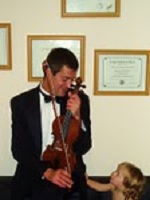 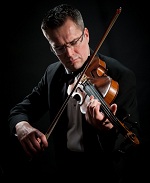 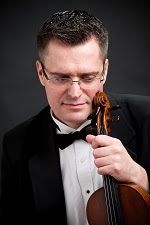 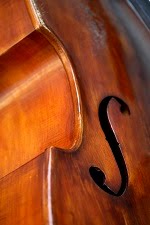 
Here are reviews and testimonials from some of the people whose lives Stan has touched with his music -- as a performer, colleague, teacher, or coach.
MUSIC PROFESSIONALS AND REVIEWERS


"Among the many young musicians I have met, the violinist Stan Antonevich stands out brilliantly, as an extraordinary talent, and oustanding person, an exceptional performer, and a virtuoso.  He has the unique ability to continuously enlarge and enrich his repertoire.  He is unconditionally devoted to his musical career... He has often treated an enthusiastic audience to his impressive interpretations."

"Stan is the King of Improvisation. He has an improvisational style while playing, as though he is making up the music as he goes along. Everyone's goal when playing classical violin and it's not easy."

"Stan is really at one with the music and his violin. VERY inspiring. If the entire world could listen to his playing it would be healed."

"a SPECTACULAR performance... a very full, concentrated tone with the bow combined with a melting vibrato. Crisp, precise technique, yet he includes poetic phrasing. Great violinist! This guy should be famous!"

"an outstanding concert artist... among the most gifted and accomplished young musicians I have encountered...  He brings a high level of technical expertise as well as a musical intelligence and passion to the task... one of the best violinists ever to study at the Longy School"


"He is an excellent musician... plays with confidence and maturity"

"He is an outstanding violinist and fine musician."


"it is a tribute to ... concertmaster Stan Antonevich... that the ensemble, even with about a tenth of the usual symphonic strings, sounded so lush."


"I loved the video of Stan's US premiere of my music [in Boston in January 2013]. The way Stan performed was brilliant. I really appreciate the fact that Stan is so much open for cooperation... Regarding his technique and the way he plays, I think it's amazing. The most important is that he really feels the music and has the rare ability to connect with the audience and share those emotions which I heard during our concert [in London in June 2012] and in this video. I am more than happy to cooperate and work with Stan again on composing and performing new pieces together."
Bartosz Jazdzewski, composer
London

[I have] "great respect for his talent, his passion, a great attitude and a love for life and the mysteriously lovely violin!"


"He is a world-class violinist."

"Stan is the real deal! In my thirty years of video production and filming events, I can honestly say, Stan is the best violinist I've ever heard! His technical abilities, emotion and passion come thru loud and clear!"


"His violin is a key to a transcendent dimension."


"To watch him play was inspiring and heartwarming. As I listened and observed, he seemed at one with his instrument. Because of this relationship, I experienced a deep impression of the music that I had not experienced in the past. It is like taking a very deep breath. Awesome!"

"His Jazz is reminiscent of Stéphane Grappelli, but even better."

"When performed by this true virtuoso, music pulls you in and lifts you up, so the horizon seems further and further away, and you feel as if during the first moments after your parachute opens, when you float in complete silence away from the earthly worries and the landing seems unreal.  Applicable definitions include 'depth and sincerity of delivery', 'intricate technique', 'vivid sound palette', 'artistism'."

"Stan handles the difficult sections of the most technically challenging pieces with ease. But that is besides the point.  The truly amazing thing is how he grabs the listener's soul and brings it to a place of unimaginable beauty. Hearing him is always a rare treat."

"I wept while listening to Stan playing; it was an unforgettable evening of my encounter with Mr. Antonevich"

"Antonevich's playing is infused with passion & captured my heart and soul -- what a feast of beautiful music!"

"I've been speechless and dumbfounded for days... Your playing was so moving and expressive! Felt like being bathed and saved by music!"

"His playing the violin was so......very touching.  Like a breeze coming in to a quiet room from a quiet window where it is the least expected.  Like a Genie that appears whom you never wished for her, since you never believed the magic in her existed.  So at her appearance you could only be lucky to enjoy her while you could!!!"

"Stan's talent is tremendous!  We have been to his concerts several times, and every time we were absolutely impressed with the performance".

"Having accompanied many violin recitals in my life, [the one at Stan's studio] was exceptional for the tone quality and intonation that all the kids exhibited" -- Tanya Shrago, pianist

"Stan Antonevich... is not only a world-famous violin virtuoso, but a fantastic violin teacher. Our son Max has been studying with Stan for one year and during this relatively short period of time he has made tremendous progress both in the technique of violin playing and in musical performance. Stan generously shares all his knowledge and his soul with his students. Our son looks forward to every lesson, and seriously prepares for each lesson, because he greatly admires his teacher and wants to play like him some day."

"Through studying with Stan, my violin playing has been thoroughly transformed. He has helped me achieve what I was not aware I could accomplish, both technically and musically. Stan has a striking ability to perceive the root of any problem, as a result his teaching is fundamental and intuitive thus remarkably effective. With Stan’s help, I was accepted with high merit scholarships into every graduate program in Violin Performance for which I auditioned."

"After less than two years’ study with him, my son has improved to advanced level because of Mr. Antonévich's dedication to hard work, insistence on excellence and details, precise and effective instruction."

"Stan Antonevich has been an amazing teacher and caring mentor to our son. He takes great care in nurturing our son as an individual, student, and performer while sharing with him his incredible gifts as a master violinist.  We feel extremely blessed to have this opportunity for our son."


"Mr. Antonevich has a great sense of humor and a keen sense for his students' individual potential.  In the months following her initial encounter with Mr. Antonevich, my daughter made quantum leaps in ability, confidence, and dedication to her instrument."

"Stan opened many doors and windows in my playing. Anybody who has ever studied with Stan can undoubtedly attest to his mastery of the violin and his unique ability to teach what he knows."

"I THANK Stan for all the support, encouragement, and wisdom he has shared with me... When I see how motivated he is, and how positive he is about me, I am truly encouraged."

"Students know when they have a teacher who really cares, and this is certainly very true in Stan's case. I would recommend him to anyone who wants to learn to play violin".

Whether you are putting together a concert for your organization or club, or looking forward to a wedding, or honoring a loved one's memory at a memorial -- if your event calls for a violin, Stan will help you make your event as special as it deserves.

"We were very happy with Stan. He is a magnificent musician and we would love to have him back for future occasions. We couldn't be more pleased."

"Our members were very happy with the concert.  I do hope we can do another next year."

"He was fantastic! My deep appreciation to him and his violin."

"Stan, I just wanted to thank you... The music sounded great and I think everyone enjoyed it. It all fell into place perfectly. The timing and length of everything was just right. Again it was a pleasure and I thank you for everything. I will definitely recommend you to anyone looking for a violinist."

"My group, Jagan Nath and Friends Ensemble, prepared to do a concert in January 2011 that included the Mozart Violin Concerto No. 3 and Pergolesi’s La Serva Padrona. Stan was the violin soloist for the Mozart, as well as a coach to the ensemble.
Stan’s gift is that he can make musical examples out of anything. They are perfect and beautiful.  If you have ears and can imitate the sound, you are almost there.  He spent an enormous amount of time to make sure the tempo and feel were correct.  Even before we played a single note, he demonstrated the feel he was going for.
He didn’t shy away from working on intonation troubles, asking individuals or pairs of people to play their parts, and correcting problems.  With personal attention to the tiny elements of style, in just the first hour, he had introduced me in depth to the piece in a much more holistic way than I could have done on my own.
During the rehearsals, he took time to stop the ensemble to adjust our articulation, make sure of bowings, and in general make sure we had tight ensemble. In my case, I was often hampered by my habit of using too much bow. Stan, simply by pointing that out and reinforcing it by a little example, corrected that.
It was the hardest I had worked for a long time, but all for the high goal of quality. Judging by the end result, he knew the best way to quickly get to the professional sound we all aspired to.
Therefore, I highly recommend Stan Antonevich as a performance coach for chamber ensembles. He will whip your butt, but always with a smile and good humor. And if you play well, he will give you honest praise and hug you."